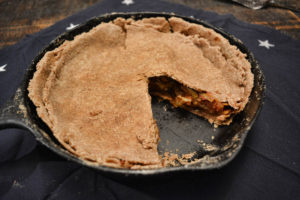 What’s more American than apple pie?  Well, with that being said, apple pie is actually from Western Europe but given that many of the settlers that came to the United States were from there, it makes perfect sense. Do you remember when your mama or gammy would bake apple pie, that aroma would fill the air and it seemed like forever until it was time for dessert after you smelled that sweet cinnamon all day long. Imagine the settlers, they came to America and all we had were tiny, tart crabapple trees so they had to plant apples and wait for the trees to mature and produce fruit, kind of dwarfs the few hours you had to endure to get your slice. END_OF_DOCUMENT_TOKEN_TO_BE_REPLACED